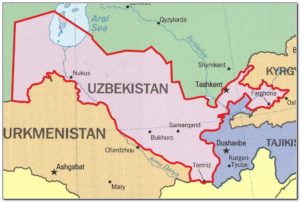 Uzbekistan – the bright pearl of the Great Silk Road

Have you ever been to places where the burning sands of the desert are combined with a blossoming oasis, where the spirit of ancient lands meets modern world? Sure you were, yes, and it is our great Uzbekistan, tours from the Sanat Travel Experts company will open the doors for you and introduce you to the antiquity of the Great Silk Road.

Uzbekistan is a land of rich nature, on the territory of which stretch scenic mountains, rapid rivers, fertile land and deserts. Thanks to this phenomena, the flora and fauna is so diverse that it boasts more than 3,700 species of plants (20% of which you will not find anywhere else) and a huge number of representatives of the Asian fauna. It gives us the opportunity to prepare and offer tourists a variety of tours in Uzbekistan, from active hiking in the mountains to classic trips to the cities of Samarkand, Bukhara, Khiva, scholastic tours with an introduction to local culture and traditions, tours in Uzbekistan with visits to craft workshops, culinary traditions and guest houses and many other thematic tours in Uzbekistan.

Uzbekistan is located in Central Asia between the Amudarya and Syrdarya rivers, and borders with 5 countries whose names end in “stan”: Kazakhstan, Kyrgyzstan, Tajikistan, Turkmenistan and Afghanistan. More than half of the territory of Uzbekistan consists of deserts: Kyzyl Kum, the Ustyurt plateau and the Aral Kum desert, formed on the site of the former basement of the drying Aral Sea. The famous Uzbekistan cities Samarkand, Bukhara, Khiva, Kokand attract many tourists, as they are treasuries of ancient monuments of architecture and culture. During your visit of ancient cities of Uzbekistan, you can fully dive into the atmosphere of the ancient East and feel the spirit of the great empires of Alexander the Great, Genghis Khan and Amir Timur. We offer tours to Uzbekistan with a visit Bukhara – which is considered the center of Islamic theology in the region, centuries-old madrassas, mosques and mausoleums that have been preserved in this city to the present. Tours to Samarkand are associated with the history of the reign of Amir Timur, as the capital of the Tamerlane Empire, Samarkand is received his current historical appearance under the reign of Amir Timur.

The natural landscapes of our country are very diverse, desert silence and starry sky, mountain peaks with a clearly translucent milky way in the starry sky, as if strewn with the purest diamonds, illuminate the night with their twinkle.

Particular attention should be paid to the wonderful weather in Uzbekistan, which is strictly delimited by the seasons. Cold snowy winters, wonderful warm autumn and spring, hot summer. The tourist season and tours in Uzbekistan begins from the first warm days in March and continue until late autumn, when the air temperature is kept within 10 degrees. The climate of Uzbekistan was also greatly influenced by the Aral Sea. We are sure that you probably heard about the dismal fate of the Aral Sea, the shallowing of which affected the climate of the whole world, but especially the surrounding lands. Sanat Travel Experts offers tours to the Aral Sea, with a visit to the Ustyurt Plateau, the fishers village of Muynak, Sudochye Lake, a favorite place of pink flamingos. We will be your guide to adventure in the four-wheel drives along the bottom of the Aral Sea, tours to the Aral Sea will give you a strong impression of tenderness and the subtleties of nature, which is important to preserve.

Unforgettable taste of fruits and vegetables grown in Uzbekistan, due to huge number of sunny days a year, make them special. That is precisely why the national dishes in Uzbekistan are famous for their wealthy and unique combination of tastes. Gastronomic tours from Sanat Travel Experts will open you the whole palette of tastes of Uzbek cuisine, because Uzbek cuisine has incorporated recipes of different nations and replenished with various recipes since the 10th century.

And would you like to feel yourself like a real local Uzbek for a single day, trying on colorful national costumes and wearing a real Uzbek skull-cap, feel the style of Uzbek life, having tasted the famous pilaf, comfortably sitting on the traditional cotton floormat laid on trestle-bed (traditional Uzbek wooden table with sunroof)? Yes, you can, we will do it for you. Imagine that you will feel like a bird fluttering in the air by wearing the famous Margilan silk! Silk from Margilan is considered high-quality, the main competitor of which is the famous Chinese silk. You can observe the whole process of making silk by visiting silk factory in Margilan city. Handicraft tours from Sanat Travel Experts will give you the opportunity to learn all the secrets and history of the unique places in Uzbekistan. For those clients who would like to experience an oriental fairy tale and feel real uzbek life of the East from the ancient times of Amir Temur, or Princess Sheherazade, the Sanat Travel Experts offers thematic tours with a complete immersion in the era of khans(ruler) and emirs(king).

Tours to Uzbekistan from Sanat Travel Experts will bring you our Uzbekistan in all its glory with pearl gates to the world of oriental fairy tales, ancient architectural monuments, amazing nature and Uzbek hospitality. 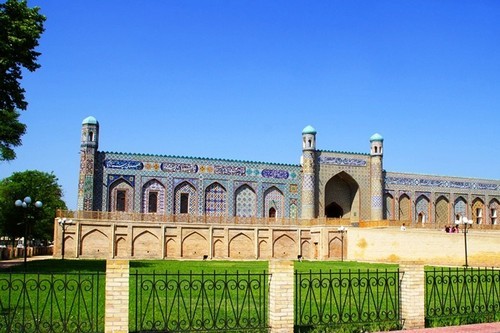 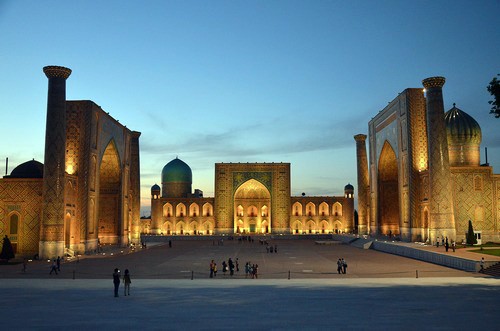 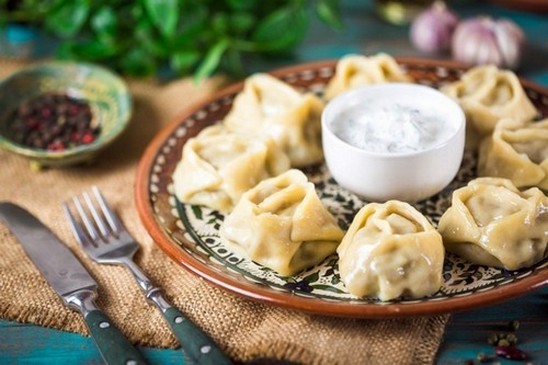 In harmony with the taste 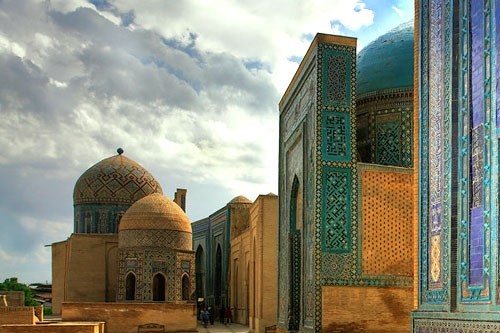