Road through the Steppes and Mountains 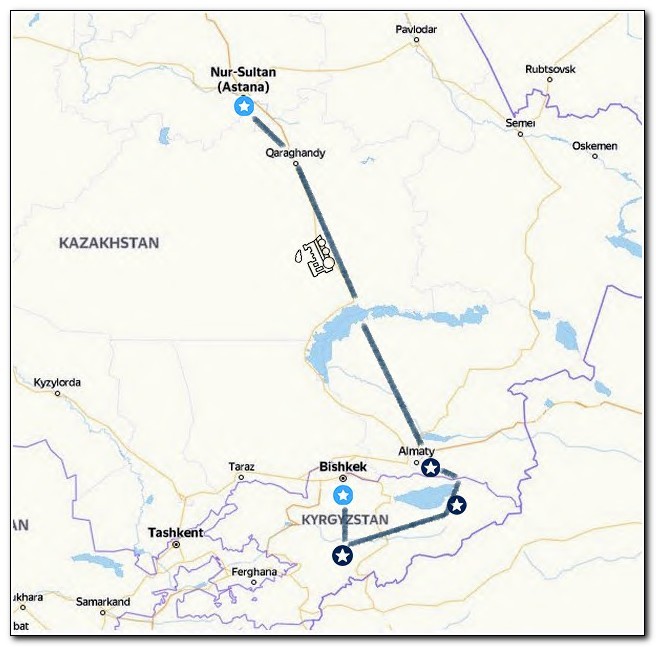 The lands of nomads, swift horses and endless expanses of amazing nature.

ARRIVAL/DEPARTURE CITY
Bishkek City (Google Map)
ARRIVAL/DEPARTURE TIME
Please inform us about your flight details.
INCLUDED
NOT INCLUDED
WHAT TO EXPECT
Day 1: Arrival Bishkek
Meeting at the airport. Transfer to the hotel.  Free time. Overnight at the hotel.

Day 2: Bishkek – Ala Archa – Bishkek
Breakfast, and full day we will have guided City Tour in Bishkek. Visit Pobeda Square (Victory Square), Duboviy Park (Oak Park), Сentral Ala-Too Square, the History Museum, National Philharmonic and many others places of interest. After traditional lunch transfer to Ala archa national park. Today we will visit Ala Archa gorge. It is a Natural Park. At the Soviet Time only V.I.P. people had permission to go for a walk here. The Ala Archa gorge is on a spur of the Tien Shan mountain range. It is just 45 km from Bishkek. You can have a short hiking tour to see a panoramic view of the gorge. If you want we can go hiking a little bit longer to see a small scenic waterfall. Overnight at the hotel

Day 3: Bishkek – Issyk Kul – Kochkor – Song Kul (320 km)
Departure to the second largest lake in Kyrgyzstan – Son Kul. This lake is surrounded by mountains and it is the highest alpine lake in Kyrgyzstan, situated at an altitude of 3013 meters above sea level. Since ancient times Kyrgyz nomads have come to this wonderful area with their families for rest and relaxation. On route you will visit Burana Tower (an 11th century minaret) and an open air museum of Balbans (stone warriors). Continue to Song Kul Lake. Arrival, dinner and overnight in the nomadic felt dwellings, yurts, near the lake.

Day 4: Song Kul – Kochkor (130 km)
Open air breakfast, free time on Son Kul Lake, to explore nature on your own. You can ride along the lake on a horse, or just relax and soak in the calm atmosphere of the lake side wilderness. Also you will have time to communicate with nomads and have a glimpse into their way of life. Lunch will be served at 2 pm. Then we will drive to Kochkor. The road will go along amazing gorge and you will drive today over Kalmak Ashu pass that is 3 225 meters high. In Kochkor village you will spend some time with a family that will show you the way our national felt carpets are produced. Also you will visit a small handicraft museum there. Overnight in the guest house.

Day 5: Kochkor – Karakol (350 km)
Today you will be transferred to the celestial Issyk Kul Lake, the second largest alpine lake in the world. The lake is called “the pearl of Central Asia”. For more than 1 500 years local people considered the lake to be a sacred one. You can come up to the lake and to see mountains all around it. We will have a break in Bokonbaeva village, where we will visit a local eagle-hunter. He hunts hares and foxes with the help of eagles (traditional way of nomads hunting). On the way we can visit the “Skazka” canyon .Canyon was named due to its bizarre rocky landscape, which for many years has been transformed by wind into fabulous sculptures and formations. Some formations in “Skazka” have been named for their similarity to well-known objects. For example, one set of ridges in the canyon is named “The Chinese Wall” due to its similarity to the Great Wall of China. Then is transfer to famous gorge of Jeti Oguz, Red Rocks. Also you will see there the Broken Heart Mountain. Then we continue our way to Karakol town. You will visit the Dungan mosque. One of its highlights is the fact that It was built in Chinese style without using a single metal nail. This will be followed by the visit of an old wooden Orthodox Church. Overnight at the hotel.

Day 6: Karakol – Charyn Canyon – Almaty (400 km)
In the morning, we drive towards the border Kegen. Sightseeing at Charyn Canyon on the way.
Charyn Canyon is a natural complex, unique in its kind not only in Kazakhstan but also worldwide. Formed during Paleogene and reminds the Grand Canyon of Colorado River in North America, although inferior to it in size. The height of the steep slopes of the canyon is up to 150-300 meters. Extraordinary dissection of the terrain is striking: the numerous ravines form a dense, chaotic network. Wind and water have created the beautiful “Valley of Castles”, where you are always surrounded by the fancy towers composed of sedimentary rocks. The length of the valley – more than 2 km, width – 20-80 meters. For millions of years the nature has been creating a unique architecture, erecting magnificent castles carefully and slowly. You can spend hours walking among the strange towers and columns. Arrival to Almaty. Overnight at the hotel

Day 7: Almaty (city tour)
Breakfast at the hotel. 10:00 visit Alma – Arasan, recreation area. The tour continues with driving to the Big Almaty gorge, where at an altitude of 2,510 m above sea level located the Big Almaty lake – one of the most picturesque lakes in Trans-Ili Alatau. The lake is very beautiful, especially when its blue surface is absolutely calm, and it reflects the sky and surrounding mountains. The Big Almaty lake was formed as a result of movement of an ancient glacier. Thanks to high-mountain location the water in the lake is always cool – even in July the water temperature does not exceed 10 degrees.
The lake is a source of potable water for Almaty city, that is why the access of tourists to the lake is limited. The tour route lies higher the Big Almaty lake to the altitude of 3300 meters above sea level, where scientific premises for astronomical and space researches have settled down. Here, at the basis of the Big Almaty peak, you can enjoy a fascinating panorama of mountains and the Big Almaty lake, surrounded by the picturesque mountain peaks covered with Tian-Shan fir-tree, aspen and juniper. On the way back to the town you will visit the Falcon Farm, where you will enjoy a spectacular show with specially trained hawks – hunting with them is one of the most unique features of the Kazakh way of life. Overnight at the hotel

Day 8: Almaty – Nur Sultan (Astana) by comfortable night train
Breakfast at the hotel. Almaty city tour. The tour starts with sightseeing in central part of Almaty. You will know more about history and development of the Southern capital of Kazakhstan and see its major attractions. You will visit a popular place for townspeople – the Green Bazaar, where it is impossible to refrain from shopping. It is the great chance to experience an atmosphere of the real eastern market, its colors, smells and crowds. Then the tour will continue in one of the oldest Almaty parks – Panfilov Park, where one of the most beautiful wooden building in the world – Zenkov Cathedral is located. You will also visit the Memorial of Glory and Eternal Flame, dedicated to the memory of the fighters who died for freedom and independence of the country. After exploration of sport, cultural and business areas of the city you will get to the Medeo Gorge, well known due to the highest mountain skating rink in the world and the dam, protecting the city from dangerous mudflow. Next destination is the Kok-Tobe hill where the tallest TV tower in the world is located (if to count from the sea level) and where you will get by the picturesque winding mountain road. In Kok-Tobe Park you can stroll along the winding paths of the park, admire the magnificent panorama of the city from the special observation deck and visit the shop of national souvenirs. Evening train to Astana. Night at the train.

Day 9: Nur Sultan (Astana)
Arrival to Astana in the morning, transfer to the breakfast, after we will have city tour in NurSultan. First you will visit “Millennium Axis” on the left side of the river, where you will see significant architectural constructions: Round Square, shopping and entertainment center “Khan Shatyr”, Main Square, National historical museum, Hasret Sultan mosque. And afterwards you will go up to the observation deck of “Astana-Baiterek” monument to admire the magnificent panorama of the Kazakhstan capital. Accommodation at the hotel and overnight 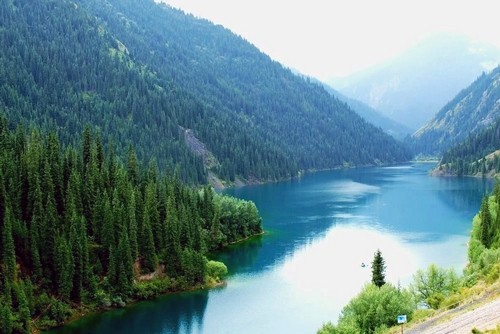